The program objective is to build the capacity of current and future political and social change makers.  The first stage of the program has been to provide information and workshops for current female Ministers of Parliament, to help them to become more effective in their roles.   The Turkish organization KADEM sponsored this training in Istanbul in March. 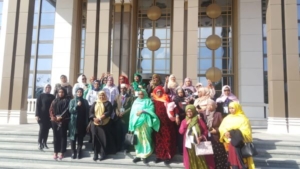 Somali Ministers of Parliament traveled to Turkey for a knowledge-sharing event.

The second stage of the program is to identify young women who are activist in their community and are studying at University, to enable them to run for office.  Building upon the work already initiated by the United Nations and civil society in Somalia, the project aims to strengthen women’s representation and participation in public decision-making processes, rendering them more inclusive; to engage community structures to transform negative traditions which limit women’s and girls’ rights; and to work on peace and community building.  An immediate objective is to prepare the young women to participate in the 2020 Somali elections.    Hear Women has the capability to facilitate such a project because of its contacts on the ground in Somalia, as well as with those international partners (UN, National Democratic Institute) who will be needed to contribute to the program.

In April 2018 Hear Women organized a conference in Garowa, Puntland region on Women’s role in countering violent extremism and political participation for the upcoming election 2020. The conference for the first time brought together regional and national authorities, representatives of various civil society groups and religious leaders. The conference gave a platform to prospective young women candidates who are preparing to run for the soon-to-come Puntland regional election in 2019 and attracted 180 participants from all aspects of civil society. At the conference MPs and emerging leaders were able to discuss and advise on future action plans for women’s role in political participation, in countering violent extremism and in contributing to a stable state.

Our honoured guests visited Hear Women’s Headquarters and met with the Somali Diaspora in London, Birmingham and Leicester where they took part in community discussions on Somalia. The discussions were followed by Q&A sessions wherein the politicians gave a first-hand insight into the current affairs in Somalia, and talked about their achievements as policy-makers at the national as well as the regional level. They also shared the Somali Federal Government and the President’s vision and plans for enhancing peace and security for Somalia. In London the guests also met with members from the Inter-Parliamentary Union of the United Kingdom House of Parliament. The meeting was arranged by Lady Victoria Barwick (Ex MP of Kensington and Chalsea) and Baroness Jenkin of Kennington, who is the co-founder and co-chair of the campaign group “Women2win”. 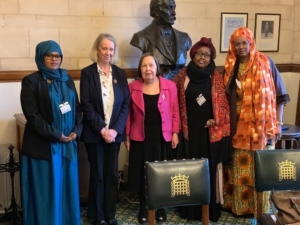 Advancing Peace and Security in Somalia: The role of the Somali Diaspora Women

Prior to the  http://marionjensen.com/2006/09 Somalia Conference 2017 convened by the UK government, Hear Women organized a roundtable discussion on  Advancing Peace and Security in Somalia: The role of the Somali Diaspora Women.  Attending were members of the Somali diaspora, female role models including serving Somali Parliamentary MPs, diplomats, activists, and members of Somalia’s vibrant civil society.  Suzy Madigan, CARE International UK’s Senior Policy Adviser on Conflict and Humanitarian, noted the importance of Hear Women’s work in this blog post.   Director Deqa Salad was also an invited member to the main conference. 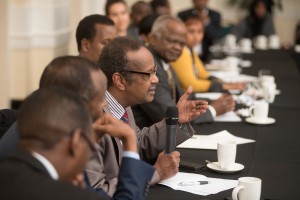 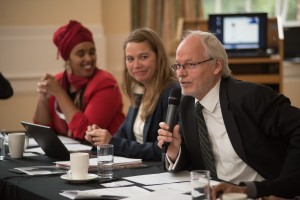 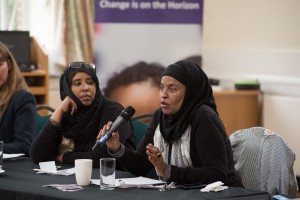 Representatives of the Somali diaspora